The Committee would just like to thank everyone that came today to see the unveiling of a great Player, Captain, Manager and Owner of Peterborough United 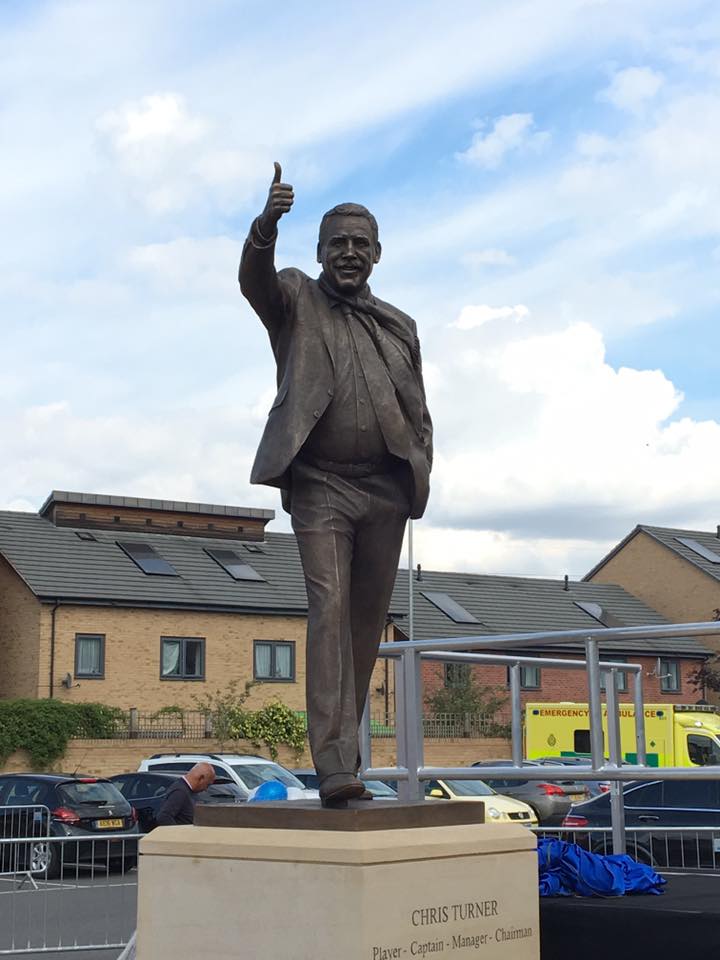 The Chris Turner Statue Fund Committee is pleased to announce that the fundraising has ensured that the statue has now been sculpted, and will be delivered to its new home outside the North Stand at London Road, for its official unveiling on the

We are in the planning stage for the event, there will be plenty going on before and after The Chris Turner Statue is unveiled at 3 pm,

THIS IS A PUBLIC EVENT OPEN TO ALL FROM 1PM
With Free children’s rides, face painting, and more

We hope that you can come and support this great event and achievement by the fans and sponsors.

OUR ACTUAL FIGURE IS

The Chris Turner Statue committee (CTSF) is delighted to announce that the original fundraising target of £80,000 has been surpassed, just over 18 months from the Fund’s launch in November 2015.

Today’s announcement, 25 years since Chris’ greatest triumph as Posh manager – taking the club into the second tier of English football for the first time in its history, after a 2-1 win over Stockport at Wembley – mirrors the incredible efforts to reach this feat, in such a small period of time. This has been down to the hard work of the committee but also the collaborative efforts from across the city of Peterborough, including numerous donations from local businesses and the generosity and support from both Peterborough United Football Club and POSH fans.

The fundraising has ensured that the statue has now been sculpted, and will be delivered to its new home outside the North Stand at London Road, before its official unveiling on 1 September 2017.

The total amount raised to date, stands at just over £103,000, however the CTSF Committee wishes to update supporters to the fund that this sum – with the additional surplus – will be used to complete the statue of Chris, as well as preparing the area for the final location of the statue, the landscaping surrounding it, and all the costs required to maintain the statue’s appearance in the many years to come.

“As a committee, we are continuing to work very hard, and are very excited for the unveiling day on 1 September on what we believe will be a truly momentous day for the city.”

Bob Symns, Chief Executive Officer at Peterborough United also commented: When the committee first formed following the Chris Turner Memorial Match between ourselves and Cambridge United in August 2015, little did we think that some eighteen months later that the incredible sum of over £100,000 would have been raised by the magnificent support of Lynne Turner, our supporters, sponsors and the football club.

“The work of the Committee has been unique and unprecedented, a disparate group of buccaneer characters led by our own Captain Jack Sparrow, the group has worked relentlessly with a diligence and passion that ‘Turns’ would have loved.

“Adventurous ideas, dogged determination and eloquent persuasion were the tools used by the committee in the search for funds and pledges with the reward for all and the city, being a stunning bronze statue of the legend that is Chris.”

The CTSF committee will announce the exciting plans and schedule for the statue unveiling on 1 September 2017 in due course.

We thank them for their generous support. 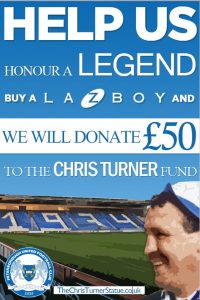 Sponsored by Travelex 18th November. Doors open 6.30. First Race 7.30. All profits to CTSF. Open to all. 10 races. Raffle and maybe an auction. Free Pizzas will be delivered halfway through. We have had many successful Race events but they have been in the main during the day when Sky chose us for an evening match.***** have not done so this season so we are going for a Friday evening and we know with your support it’ll go well. Let’s really give the CTSF a boost, the eventual target isn’t that far away To sponsor a race £20 You can name the race whatever you like, we have had some stupid, funny and plain rude choices. For your donation, well frankly you get fuck all apart from many mentions on here, during the night and the grateful thanks of all involved. To name a horse (8 in each race) £10. Like wise we’ve had some great names and quite a few twattish choices. If your horse wins you walk away with £40 To name a jockey (obviously 8 each race ) £5 If he/she/it wins then £20 is yours. PM me any choices you would like to make and I will give you details of how to pay. Thank you in anticipation. These are always enjoyable events, shame it is an evening although kids are fine to attend but as I say with your support it’ll be a great evening and profitable night for some punters and certainly for the fund

Throughout October, Mick George Ltd has offered to donate £5 to the charitable cause for every online sale in a PE’ postcode. The range includes the recent addition of a large Home and Garden selection, as well as Skips and Concrete for those who are tackling DIY projects around their property. Supporters are urged to take advantage of the promotion and help get the initiative over the line. 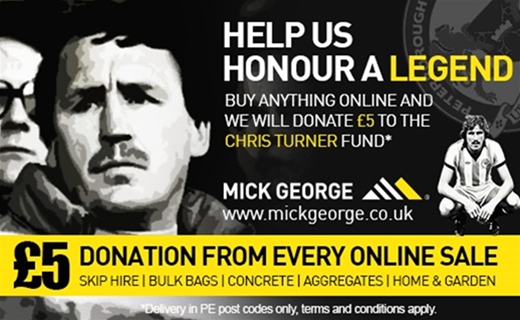 The CTSF were kindly invited along to the official POSH kit launch at Serpentine Green on the 10th July. It was a great opportunity to spread the word and we enjoyed meeting with many fellow POSH. Thanks to the club for their ongoing support and all those who came to say hello.

Recently our great friends at our favourite charity The Free Kicks Foundation invited us to share their golf day which was held at Toft on June 24th. A fantastic time was had by all and just over £4000 was raised to be split between both causes. Thanks to them and all who supported the event.

Great supporter of our cause Mr Paul Donnelly of PD Kitchens arranged a massive Northern Soul/Motown/Jazz Funk evening in the executive suite at The ABAX on 17th June. Paul raised the amazing total of £1030 from the night. Many thanks to him and all who supported the event